Software To Help Assess The Effect Of Drugs On Brain Tumours

This project focused on addressing the need for more human-relevant tools to help evaluate drugs in the treatment of cancer. Such tools have the potential to provide greater insight into cancer biology than animal-based methods of research. This project is looking into treatments for a particular cancer that is highly invasive and is the most common form of brain tumour in children and adults.

Sally explains: “Gliomas are a group of highly invasive cancers which originate in the brain or spine and are now the biggest cancer killers in children. Due to their invasive nature and re-growth after initial treatment ultimately leading to the death of patients, our research into gliomas centres on studying the effect drugs have on cell properties such as migration or invasion. This is to prevent recurrence of such cancers and promote patient survival. Currently, rodents are used to study the effect of cancer drugs in vivo, including within glioma research. Our laboratory has been developing a 3D invasion model to allow the reduction and hopefully replacement of such in vivo models. A software capable of analysing 3D generated effects of anti-migratory drugs has been developed alongside the 3D invasion model to allow the generation of clinically relevant data.” 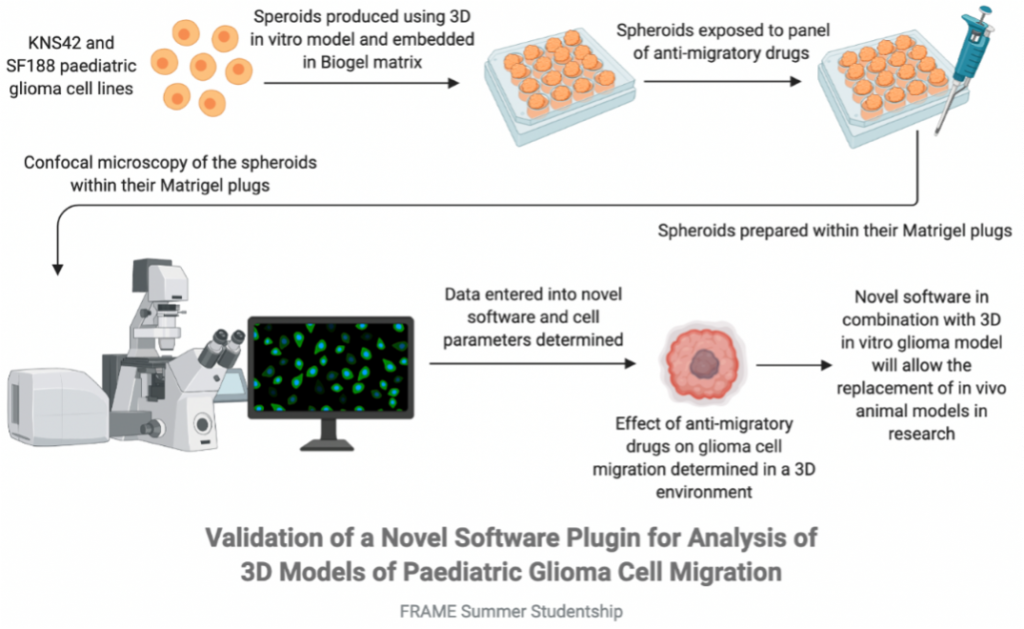 This interesting project incorporates modern computer technology with cell culture methods. An already established 3D cancer model will be used alongside a non-animal-based matrix and established glioma cell lines (obtained from glioma patients – highlighting the importance of ethically donated tissue from patients to advance cancer research) to produce spheroids. These spheroids or ‘mini-tumours’ will then be treated with known anti-migratory drugs to inhibit the tumour growth, and various measurements will be collected from the cells after they are treated, including data from confocal laser scanning microscopy. This data will then be analysed using a newly developed software to assess the ability of the drugs to limit tumour spread and alter the properties of the glioma cells. This will allow the accuracy of the software to be validated and open the door to its use in assessing other new drugs to potentially stop the spread of gliomas.

If the software is validated successfully, there may be potential to adapt it in future to assess the suitability of drugs in other cancer types. Sally says that the choice to investigate gliomas in this project is due to a lack of funding in this area, as there is an absence of progress compared to other areas of cancer research such as breast or prostate cancer, despite gliomas having a high mortality rate. The development of software such as this to assess drug efficacy has the potential to reduce the use of animals in cancer research. We look forward to hearing updates and very much hope the validation is a success for Sally and the team. 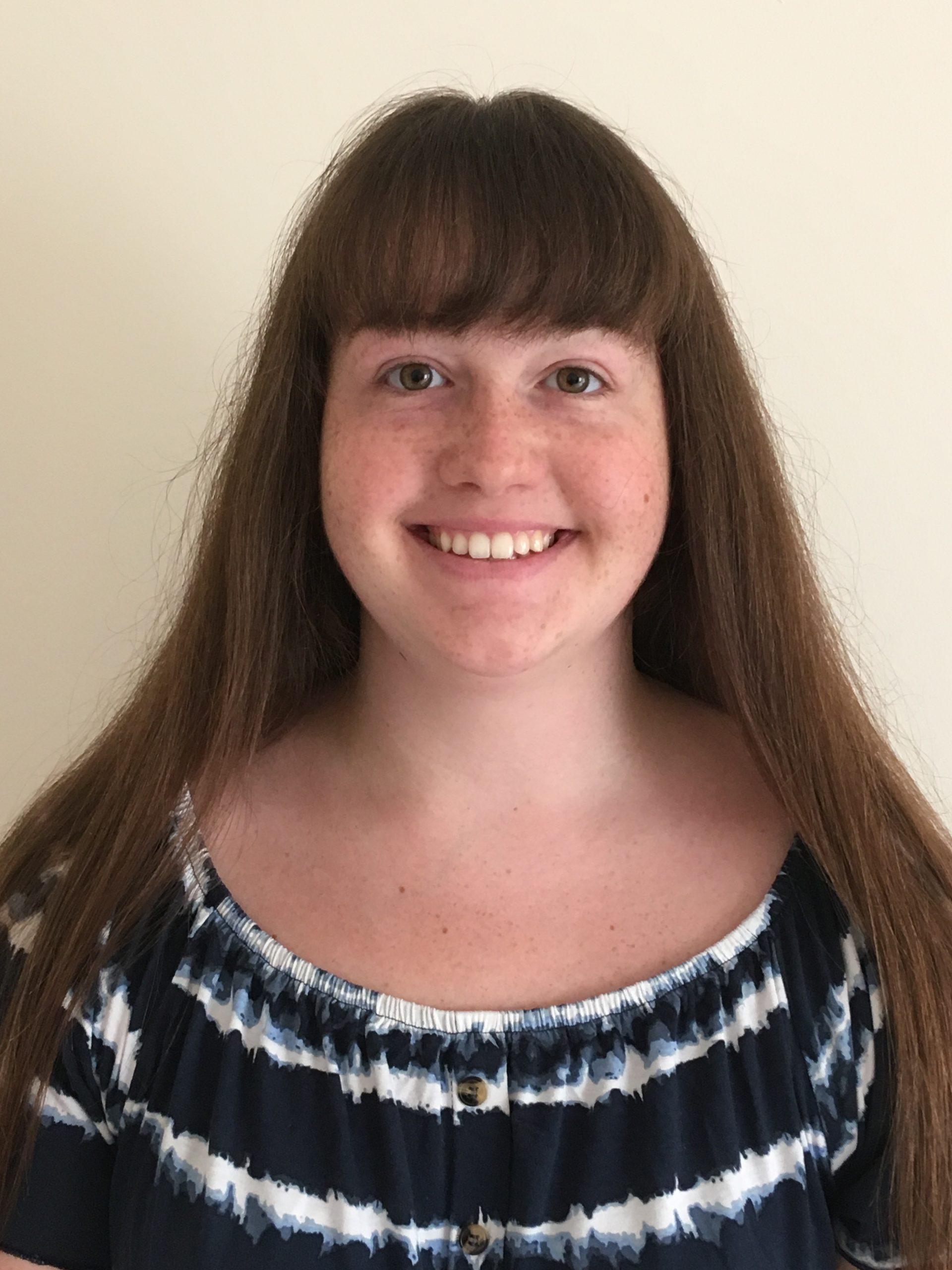 Sally Prior has one year of study left to complete her BSc in Medical Biochemistry at the University of Huddersfield and hopes to one day study for a PhD in cancer biology. She is completing her summer project on the ‘Validation of a Novel Software Plugin for Analysis of 3D Models of Paediatric Glioma Cell Migration’ under the supervision of senior lecturer and Glioma Research Group leader Dr Anke Brüning-Richardson