Jia Jhing Sia’s project: ‘Delineating pericyte contribution to hereditary cerebral small vessel disease using organ on chip technologies’ aims to use in vitro, organ-on-a-chip culture systems to investigate the role of a type of cell called a ‘pericyte’ in diseases that affect the blood vessels in the brain, causing strokes and dementia.

Pericyte cells are found in the lining of blood vessels throughout the body and in the brain, and they are particularly important in stabilising and maintaining vessel function. Cerebral small vessel diseases (cSVD) are a group of neurological disorders that affect the structure and function of these small blood vessels. cSVD’s have been shown to be a major cause of strokes and contribute to over 50% of dementia, with brain vessel dysfunction linked to decline of cognitive function with age. However, despite the high incidence of stroke and dementia, very little is known about the underlying causes of cSVD. Understanding how dysfunction of pericytes might lead to disease may help to reveal new approaches to treatment and care.

The nervous system, including brain research, remains one of the top reported areas of basic, translational, and applied research to use animals. In the UK in 2020, over 37,000 procedures were carried out on animals for the purpose of research into the human nervous system and mental disorders. Stroke models using human cells are particularly limited and, as such, research heavily relies on animal models. According to a 2012 study, only 30 of 30,000 stroke studies identified used human in vitro models.

Jia Jhing explains: “Neurological disease modelling is, unfortunately, an area that is still largely dominated by animal research and testing owing to the limitations of investigating human brains in patients, and the complexity of modelling the human central nervous system (CNS) in the lab. The urgent need to develop new, non-animal CNS models is highlighted by contradictory findings in animal models of neurological diseases. This is in the main due to the significant variation shown between different species and is reflected in the low success rate seen in clinical trials for drugs treating the nervous system. There is an urgent need for more human-relevant models of the CNS to help investigate disease and predict the efficacy and safety of potential new drugs to treat the brain and nervous system.”

Organ-on-a-chip models are modern in vitro models that use multiple cell types to recreate a living 3D model of an organ and replicate the flow of chemicals found in that organ. They provide a more realistic environment to predict the behaviour of cells than more simple cell culture methods. Jia Jhing hopes to gain new insights into cSVD by recreating brain blood vessels using cells derived from patients with genetic forms of cSVD to understand how pericytes contribute to vessel dysfunction and stroke. Using patient cells provides direct relevance to the disease allowing the study of human cells.  By using organ on-chip technologies to create a realistic environment for these cells, this project hopes to improve the predictive power of in vitro models to study new therapies for cSVD.

FRAME Education & Outreach Manager Amy Beale added: “We are really pleased to be able to support Jia Jhing’s project. Stroke is an area where laboratory animals are still widely used in research and human models remain few and far between. Consequently, our understanding of human-specific brain disease such as Alzheimer’s, remains poor and the development of new treatments is very slow. Current stroke research relies heavily on animal models, inducing stroke through surgical or drug intervention, or the breeding of strains with mutations that have distressing side effects such as recurrent brain bleeds or high mortality at birth. Despite years of research into brain disease and strokes, there is a blanket failure in translation from animal research to clinical progress, particularly in recent years. This is an area where extra funding and a change in approach are desperately needed.” 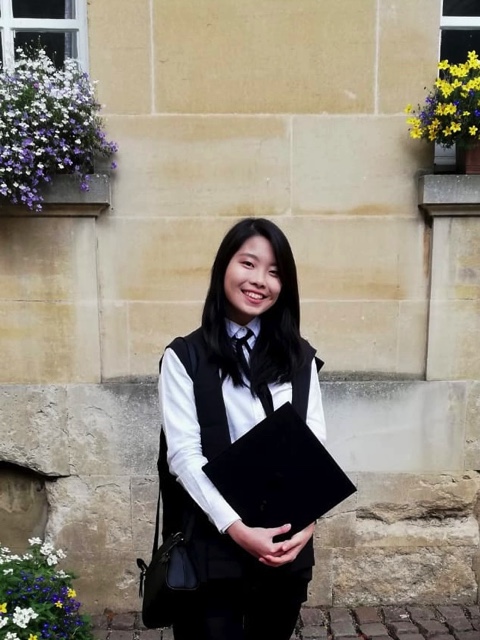 Jia Jhing Sia from Malaysia has just completed the penultimate year of her BA in Biomedical Sciences at the University of Oxford. She is carrying out her summer project at the Laboratory for Cerebral Ischaemia based at the John Radcliffe Hospital in Oxford under the supervision of Research Fellow, Dr Paul Holloway.