In this blog PhD student Jade Edey talks about current animal models for Parkinson’s research and how her research using human stem cells may ultimately provide a better way to learn about the disease and develop effective treatments.

The use of rodents in scientific research has undoubtedly aided the development of medicines, disease modelling, and the understanding of how many biological pathways occur at the molecular level.  However, as science has evolved, so has our understanding of the differences between rodent and human models. More recently research has been directed towards human based models which better represent metabolism and disease pathology in humans.

Parkinson’s disease  is the second most common neurodegenerative disorder after Alzheimer’s. There are over 10 million people worldwide currently living with Parkinson’s Disease, and the rate of diagnosis is continually increasing.(1)  The disorder is characterised by a loss of dopamine (DA) producing neurones (brain cells), which results in the commonly seen symptom of tremors. Detectable symptoms, like tremors, are only apparent after 70% of the DA neurons have died, meaning early detection and intervention is very important. The precise mechanisms which lead to the degeneration of these neurons remain unclear, however inflammation is one of many pathways suggested to be partly responsible.(2)

The mouse genome is on average 85% identical to that of humans. Some genes are 99% identical whereas others are only 60% according to the National Human Genome Research Institute. Rodents are also easily kept, reproduce quickly, and are relatively inexpensive to use. However increasing research, such as that shown above, highlights numerous differences, not only in terms of gene variations but also alterations in how biological pathways are regulated. For example, humans encounter many different microbes and viruses throughout their lifetime, which all influence how their immune systems react to the next exposure (5). Laboratory rodents kept in clean, sterile conditions would not have experienced these influences.

Parkinson’s disease is human-specific and does not occur naturally in other animals. Despite this, animals are often used to model the disease through the use of neurotoxic chemicals or genetic manipulation.

Initially the use of rodents provided an attractive model to investigate diseases such as Parkinson’s. The use of a chemical called MPTP was, and still is, frequently used to induce Parkinson’s Disease like symptoms in mouse models. It causes significant death of the DA neurons and the use of this in mouse models has provided an important tool to initially investigate Parkinson’s Disease Although, it’s important to note, the model does not fully mimic motor deficits, which occur due to neuronal death(3) and cause problems with movement such as muscle stiffness or tremors. 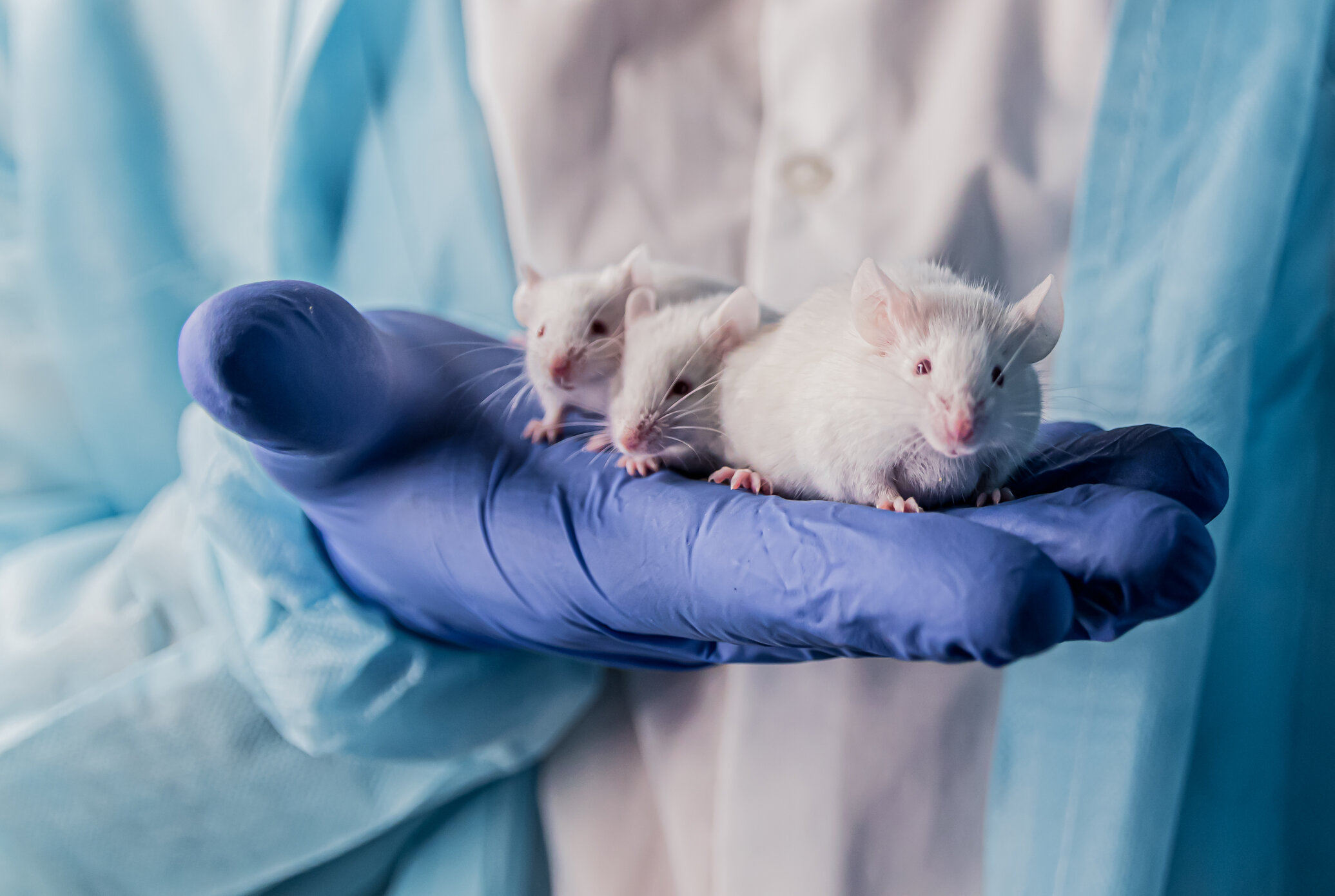 There are common mutations which are recurringly found in some patients with Parkinson’s Disease, one example is mutations which occur in the protein LRRK2 which is found in the brain and other organs. The mutations often result in misfolded proteins, leading to cell death, and have been found in the brain during autopsies. Studies concerning this protein in fruit fly models appear to show DA neurone degeneration as would be expected in the advancement of Parkinson’s Disease. However replicate knock-out* studies in show minimal DA degeneration. Considering there is no degeneration occurring in the mouse models, it is very difficult to draw any robust conclusions about the mutation or test any potential medicines. (4)

*Knock out = genetic mutations intended to ‘silence’ a gene therefore reducing the production of the subsequent protein.

Additionally, studies have found changes in gene expression in older human brains are noticeably different to those in aged mice brains. (6) This makes research into age related diseases, such as Parkinson’s disease, difficult to investigate. Reasons such as this may help to explain why many drugs tested in rodents frequently fail at human trials. Using humanised models will provide a more representative way to investigate pathways such as inflammation in Parkinson’s Disease. Support for this comes from research which highlights the importance of the vitamin D receptor in the human immune system, but not in the rat’s immune system. (7) Further highlighting the differences between human and rodent immune responses and solidifying the argument that more representative human models are needed for effective drug development.

What is the future of Parkinson’s Disease research?

The use of human derived pluripotent stem cells provides us with a promising in which to investigate human disease. Induced Pluripotent stem cells iPSC’s are cells such as fibroblasts (connective tissue cells) which have been taken from an individual and reprogrammed back to an immature (pluripotent) state; so that they can be grown into many cell types such as microglia (inflammatory cells in the brain) or neurones. Therefore, these cells are not only capable of modelling human disease but also have the potential to test personalised therapies for the individual from which they have been derived. However, research using iPSC’s is labour intensive, time consuming and expensive. Many laboratories do not have the funding or manpower to accommodate for this; therefore, many people still resort to using animal-based models despite the drawbacks. 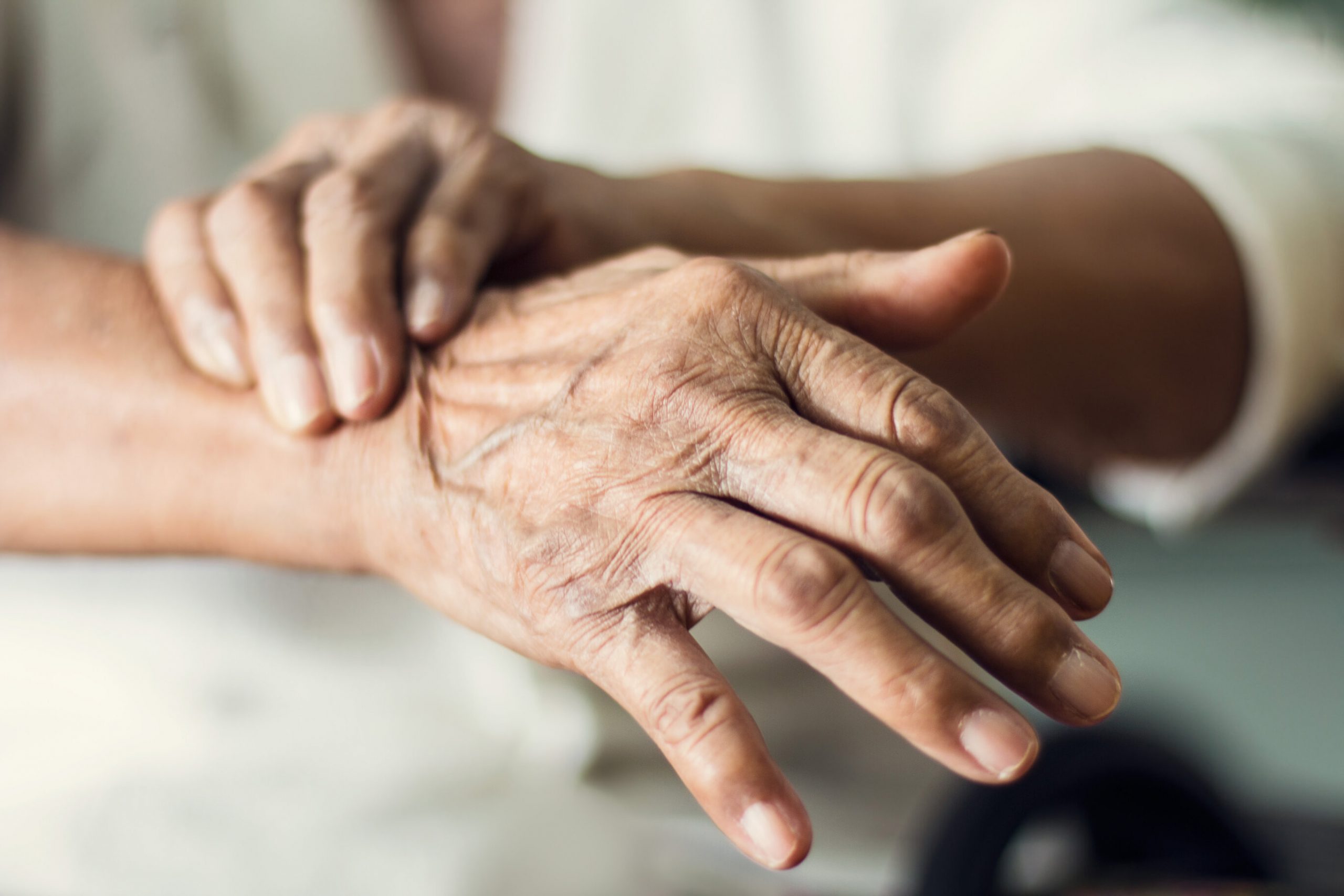 How are we using iPSC’s to research Parkinson’s disease at the FRAME lab?

As a PhD student in the FRAME laboratory at the University of Nottingham, I have been investigating ways in which we can study these pathways related to Parkinson’s Disease using iPSC models. I focus on a particular protein called Nurr1, which has been reported to be an important regulator of genes involved in the maintenance and survival of DA neurons. It is also thought to have a role in dampening down inflammation. Both inflammation and DA neurons are involved in PD therefore Nurr1 is an interesting target to investigate, so that we can fully understand and potentially treat the disease.

Using iPSC’s will allow us to generate human DA neurons and microglia (a type of immune cell found in the brain), which then can be used to investigate the role this protein has in a human based model. Previous work surrounding this protein has been carried out in rats, mice and even gerbils(8), in addition to a variety of cell lines. Research such as this laid the foundation and highlighted many important aspects such as inflammation, however now with iPSC’s at our disposal it’s time for a more human representative approach.

By focussing on using iPSC models in this way and demonstrating their usefulness, with time and development these human-focussed techniques and methods will hopefully become more cost effective and more common in disease research.

You can help create a world where human-focussed research is the norm.

Our mission is to create a world where human-centred science is considered best practice. Together, we can improve the lives of humans and animals. Your donation enable us to continue vital work funding innovative research, supporting young researchers, and educating on animal testing issues.