Home / How human-relevant research could help us understand dementia

Dementia Action Week is organised annually by Alzheimer’s UK and is their biggest and longest-running awareness campaign. There are many forms of dementia, and we still have a lot to understand about the causes of dementia before we can find a cure. In this article, we look at a rare form of dementia, frontal lobe dementia, the advancements in human-relevant research, and how we can all contribute to finding a cure.

What is frontal lobe dementia?

Frontal lobe dementia, also known as frontotemporal dementia or FTD, is a term used to describe a group of dementia disorders that mainly affect the frontal and temporal lobes of the brain, which are responsible for personality, behaviour, language and speech. According to Dementia UK, frontal lobe dementia is a rare condition and only 1 in 20 people who suffer from dementia have this form. (1)

As with other neurodegenerative conditions such as Alzheimer’s disease, and other forms of dementia, little is known about the cause although it is thought to have a genetic link in around 1/3 of all cases. (1) The condition is often associated with a build-up of specific proteins in the brain, but the role of these proteins is unknown.

Frontal lobe dementia is a progressive disease meaning symptoms worsen over time. It occurs most commonly between the ages of 40 and 60, but it can occur at any age. Symptoms include unusual behaviours, emotional problems, trouble communicating, challenges at work, and difficulty walking. High levels of care may eventually be needed to support those suffering from the condition. (2)

How are animals used in dementia research?

The brain is a complex organ and animal research has played a historic role in helping scientists understand how the brain functions and help study brain diseases. However, we know that this has failed to translate into effective treatments for many neurodegenerative diseases in clinical trials. This is particularly evident in Alzheimer’s research where there was a quoted 99% failure of all therapies in development after a 5-year review in 2020. (3)

With advances in modern gene-editing technology today, it’s now much easier to genetically modify animals, predominantly mice, providing new routes for scientists to investigate the role of genetic factors in disease. We have previously written about our concerns around the continued time, energy and funding put into progressing lines of enquiry that humanise mice. Particularly to research complex human conditions where there is an obvious failure to translate into effective medicines or treatments. You can read more here in our blog Alzheimer’s research: a ‘mighty mouse’ is still a mouse. Unfortunately, neuroscience is one area where animal research and the use of genetically altered (GA) animal models appear to be increasing, rather than falling. 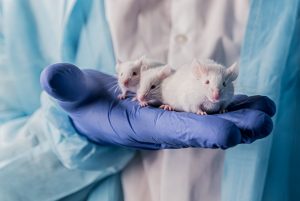 One recent study published in iScience in November last year (4), demonstrates this continued advancement of animal models. The researchers describe their work to generate the first humanised mouse containing three genes associated with ALS (Motor neurone disease) and frontal lobe dementia. The project aimed to improve the processes for inserting the genes more accurately into the mouse genome. The paper quotes a 2019 study where 40 commonly used GA mouse strains were found to have unwanted DNA changes over and above the inserted genes (4), which could unintendedly affect the mouse and the study outcomes. This is also an indication of the randomness of genetic altering technology and the potential to cause unwanted effects and increase suffering in the animals used.

The primary research concern with GA mouse models of complex human diseases is they often don’t accurately model all physiological aspects of a condition. They certainly can’t model the complex causative factors associated with environment, lifestyle and ageing we experience. At best GA animal models may help investigate genetic aspects of these diseases, however, we do not know which genes cause the conditions, only which are linked to increased susceptibility, and there are many. Arguably, more can be learned from studying the genetics of those with the condition. When you consider that less than 5% of Alzheimer’s cases are even considered to be inherited within families and that ageing is the biggest risk factor (5) it raises more questions about how much can be learned from modifying the genes of a mouse. Over 95% of Alzheimer’s cases are sporadic, which means they are not associated with the inheritance of a specific gene, although may have genetic risk factors. This again has implications for the usefulness of an animal model which relies on the modification of specific genes to cause the symptoms. (6)

This great 7-minute podcast “has a reliance on animal models delayed progress in dementia research?“ from Dementia Researcher, a network for early career researchers, is an interesting listen on this topic. Guest blogger Dr Kamar Ameen-Ali discusses how behavioural tests for mice must be adapted, explaining that because you cannot ask a mouse to remember a word and recall it, symptoms cannot be investigated in the same way and therefore aren’t wholly reflective of the human condition.

Once you delve into the realm of animal models of human disease there are many other considerations, over and above how the symptoms present and how you assess them. One of our 2020 FRAME Summer Studentship award winners, Gréta Utassy, took on an ambitious project to look at animal models used in Alzheimer’s research and compared various aspects of the models including molecular, cellular and behavioral characteristics, with the characteristics presented by the human disease. At the same time, she wanted to assess how well conducted and reported the animal studies were. Lack of reproducibility is a well-documented issue in animal research and a concern because if you cannot replicate a study, or its outcomes, you cannot consider it reproducible, if a study is not reproducible it has limited value to inform future research.

Although it may not seem like an obvious ‘alternative’ to animal research, human data has increasing potential to help us learn more about the genetics and physiology of disease. Modern knowledge and technology have made it easier to collect and collate data. Large, long-term population or patient studies can provide useful information about risk factors and other aspects of a disease, particularly those linked to ageing. Ten years ago scientists were only aware of 10 genes associated with Alzheimer’s disease (7), yet a study published in the journal nature in April this year has identified 75 genes associated with an increased risk of developing Alzheimer’s disease, including 45 genes previously unlinked to the condition. (8) This study involved research centres across eight countries, including the UK Dementia Research Institute, and was able to analyse the genome of over 100,000 Alzheimer’s disease patients and 600,000 genomes of non-sufferers. The Alzheimer’s Disease Sequencing Project is a similar project involving 150 international investigators across 33 institutions hoping to understand the link between risk factors and disease prevalence.(8) Both projects hope their findings will identify new potential avenues for prevention and treatment of Alzheimer’s disease.

Another study published this April in Cell Reports Medicine, looks specifically at biomarkers for diagnosing frontal lobe dementia, and incorporates data from around 1000 participants.(9) Early diagnosis of frontal lobe dementia is difficult. Currently, there’s no way to predict if, or when, symptoms will start, making early interventions or treatment options impossible. The Mayo Clinic researchers found in the study that levels of a blood protein, known as plasma neurofilament light, were elevated in all types of frontal lobe dementia, and in people who had relevant genetic mutations but no symptoms yet. Higher levels of the protein were associated with greater disease severity and increased prior to symptoms starting. This information may help develop strategies for predicting, diagnosing and treating the disease in the future. 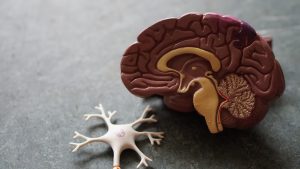 It is great to see research organisations and funders putting time and money into large longitudinal studies, particularly through collaborations which bring together research centres and multiple data sets from across the globe. The memory research group at the Clinical Neurosciences Medical Science Division, in the University of Oxford have recently been awarded a grant by the Medical Research Council to conduct a three-year trial following frontal lobe dementia sufferers, to monitor progression of the condition and look for possible biomarkers. (10) Pursuing these avenues of research will help increase our understanding of these conditions and how they progress in the real world, without the need to model uniquely human conditions in animals, and the associated suffering this brings.

These examples demonstrate the potential for human data to impact developments and understanding in medicine, particularly for progressive conditions such as dementia. In order to study data, researchers need participants. These studies require volunteers, both those suffering from the conditions and often healthy participants for comparison. Unlike clinical trials these studies do not involve the administration of experimental treatments or drugs. In this 2017 Evidently Cochrane blog Wendy talks about why she agreed to take part in dementia research: I have dementia and I take part in research. Here’s why. – Evidently Cochrane.

If you are interested in finding out more about how to get involved in dementia research studies have a look at the Alzheimer’s Society Research Network and the UK Join Dementia Research website.

You can help create a world where human-relevant research is the norm.

We want to create a better, brighter future for humans and animals. We receive no government funding so our work is only possible thanks to our generous supporters, like you. Every donation brings us one step closer to a world without animal testing.

2) What Is Frontotemporal Dementia? (alzheimers.gov)