This year, the world-renowned FRAME Alternatives Laboratory (FAL) celebrates its 30-year anniversary. Funded by an annual grant made by FRAME to support its work, the FAL is based at the University of Nottingham Medical School and aims to produce human-based research systems for medical research that are better and more relevant to humans than current animal models.

Neuroinflammation specifically plays a key part in diseases such as Parkinson’s, Alzheimer’s and dementia. Within the brain, there are three main types of cells: neurones, astrocytes and microglia. 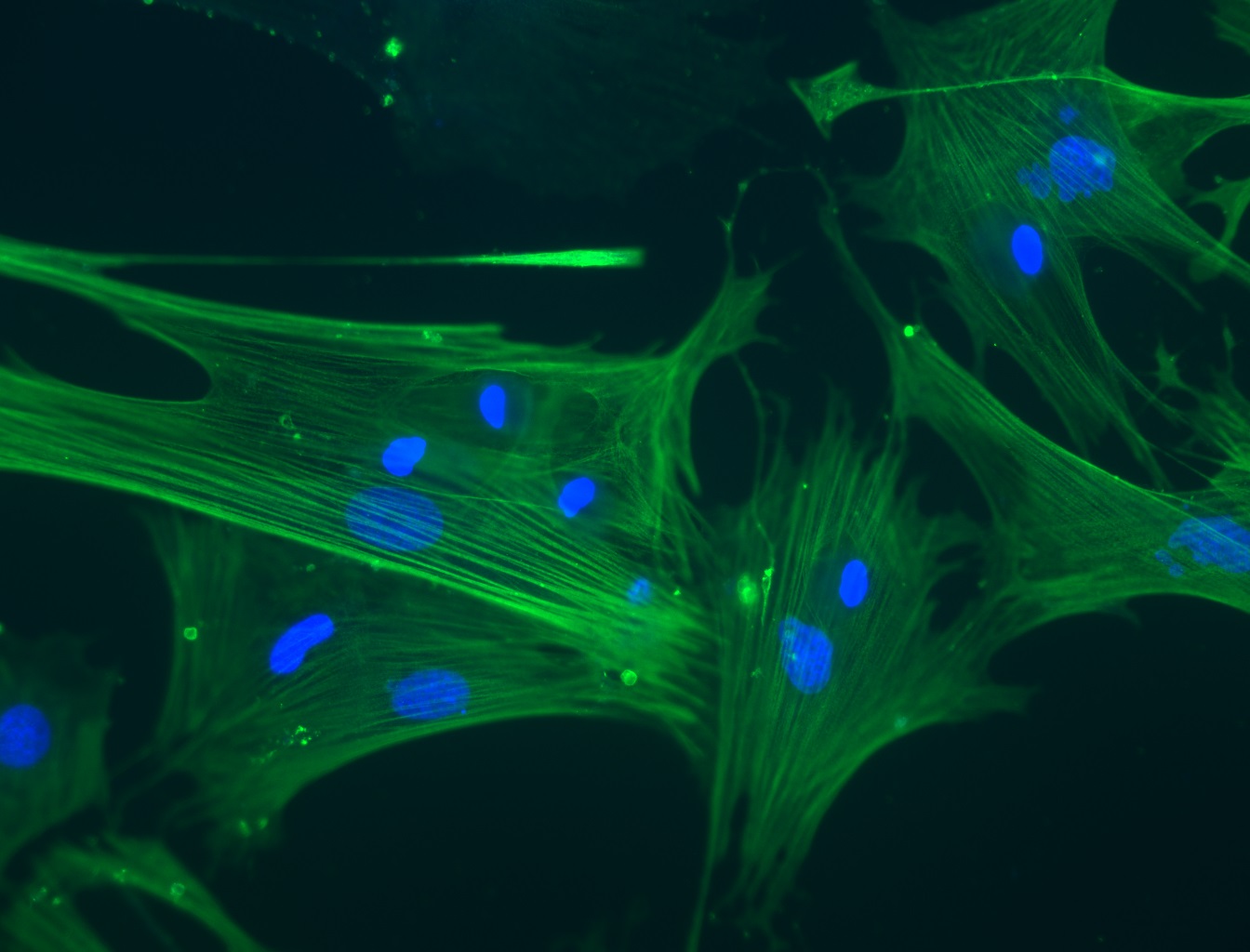 The FAL’s interest in neuroinflammation is driven by the significant influence it has on human health. The FAL’s scientists are building human-based models to allow them to figure out how and why neuroinflammation occurs with the ultimate aim of developing new treatments.

The FAL is conducting this research using induced pluripotent stem cells – stem cells which can be turned into cells such as neurones, astrocytes and microglia that can be combined to create a mini organ. The scientists also work on proteins with pre-identified drug targets that have shown promise at phase I and II trials for conditions such as Parkinson’s. One of these proteins is Neurr1 – a nuclear receptor that controls gene expression (switches genes on or off) and may influence the development of neuroinflammation and neurodegenerative disease.

Recreating this kind of inflammation is a challenge in animal models, as they do not respond in the same way as humans. Indeed, for these complex human diseases, which are influenced by a combination of a number of risk factors, the failure to translate outcomes from animal to human trials is well-documented.

Keep your eyes peeled for our next FAL blog, which will focus on the FAL’s research into the liver.

Interested in finding out more about how you can help fund the future of the FRAME Alternatives Laboratory? Please click the button below.