Recently, Brexit Opportunities Minister Jacob Rees-Mogg published an open letter asking for the UK public to send in their suggestions on post-Brexit regulation and changes. FRAME Policy Officer Jessie Hellier wrote an open letter in response urging the UK government to use Brexit as an opportunity to accelerate its uptake of non-animal methods in scientific research and testing.

You can download a PDF version of the FRAME Letter to Mr. Rees-Mogg or read it below.

Brexit opportunities relating to the use of animals in scientific research

Congratulations on your appointment as Brexit Opportunities Minister. Your new position is an exciting opportunity for Britain to lead the world in many areas, including science and medical innovation.

In response to your open letter asking for ideas regarding post-Brexit regulations and changes, we urge you to use Brexit as an opportunity to accelerate the uptake of non-animal methods in scientific research and testing. Do you want the UK to continue its illustrious history of being at the forefront of scientific innovation, not only being able to speed up the development of new medicines, but also reducing the cost of research? If yes, we would like to explain more about New Approach Methods (NAMs) which are rapidly replacing outdated and unreliable animal research models and opening the door to huge advances in our understanding of human diseases and disorders.

For more than 50 years FRAME have actively funded and promoted alternatives to animal testing. In 1984 FRAME received the first government grant specifically for the development of alternatives to replace historic animal tests and supported the government with the development of the Animals (Scientific Procedures) Act 1981. With your support, we could continue the UK’s legacy of scientific innovation and forward-thinking regulations that inspires the world over.

The UK is at the forefront of scientific innovation, evidenced by the fast development and uptake of the COVID-19 vaccine, and continually aims for higher standards of animal welfare on all fronts. 2021 saw several developments in the European Union regarding animal use in research, including the introduction of the ALURES database (Animal Use Reporting EU System), the European Medicines Agency Innovation Task Force, and the EU action plan within European Parliament. As we are no longer a member of the EU, the UK will not be affected or benefit from any of these developments. This creates a risk that the UK could fall behind regarding the uptake and development of innovative, human-relevant New Approach Methodologies.

In fact, the UK has adopted EU REACH (Registration, Evaluation, Authorisation and Restriction of Chemicals) regulations as its own including the identified loophole in REACH which has the potential to allow animal testing for cosmetics and chemicals in the UK. This is despite experts in the industry identifying this as an area where animal testing is unnecessary due to existing non-animal methods and available historical data. In 2020, Unilever wrote an open letter calling for the EU cosmetics animal testing ban to be upheld as intended with no new animal tests allowed. This was backed by 26 brands and animal protection charities and reflects the desire of the public – a study conducted by FRAME in 2020 found that 84% of respondents would not purchase a cosmetic product if they knew it, or one of its ingredients had been tested on animals.

In 2014, the government published its ‘Working to reduce the use of animals in scientific research’ plan. This outlined its commitment to advancing and influencing the uptake of the 3Rs (replacement, reduction, and refinement) as the most effective way to reduce animal testing, but no updates or further information of a similar manner have been published since.

Publishing an updated plan to replace the 2014 delivery plan is an important step in reassuring the public and the scientific community of the government’s commitment to the 3Rs. This should include information on where funding is directed within the 3Rs, specifically how much will be focused on replacement, and a timeline for the development of new approach methodologies and in which areas. A statistic from The Alliance for Human Relevant Science states that less than 1% of government biomedical funding is directed at New Approach Methods. An updated delivery plan is vital, as some areas of research do not yet have viable non-animal methods, or the methods are not widely available.

There have been several debates in parliament over the last 6 months on the use of animals in science, including the debate relating to animal testing in October 2021ix, and the debate relating to laboratory animals and the Animal Welfare Act in February 2022. These debates stemmed from Early Day Motions and public petitions, demonstrating the appetite for change, both by MPs and the public.

Brexit provides the UK with a huge opportunity to step up and surpass the developments and regulations set by the EU, solidifying its stance as a leader in scientific innovation. The UK has a responsibility to take the long overdue step of ensuring the development and uptake of New Approach Methods and focus the conversations surrounding the use of animals in scientific research and testing on their replacement.

Please consider existing science, animal welfare, public opinion, and the UK’s already strong standpoint in terms of innovation and seize the opportunities that Brexit has provided to accelerate the uptake of non-animal methods in scientific research and testing.

Kind regards,
Fund for the Replacement of Animals in Medical Experiments 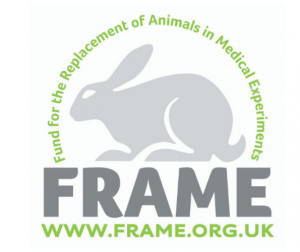 You can help create a world where human-focused research is the norm.

Our mission is to create a world where human-centred science is considered best practice. Together, we can improve the lives of humans and animals. Your donation enable us to continue vital work funding innovative research, supporting young researchers, and educating on animal testing issues.