FRAME is celebrating its 50th anniversary year this year, after being founded as a charity in 1969 by animal lover Dorothy Hegarty, who believed the arguments of antivivisection societies were too simplistic and unlikely to achieve their purpose.

Today, FRAME is led by a Board of Trustees, who are all volunteers, and a small team of employees, and aims to promote the ‘3Rs’ – Replacement, Reduction and Refinement – (Russell and Burch, 1959) as a way forward to reach its ultimate objective of achieving the elimination of animal experimentation. FRAME makes an annual donation to support the work carried out at the FRAME Alternatives Laboratory, which aims to produce human-based systems that are better and more relevant to humans than current animal models.

The charity relies on financial support from an established network of corporate partners and private donations who support its aim to eliminate animal experimentation. Whilst FRAME has achieved much in its half century, there is more to be done.

To honour our Golden Anniversary, we take a look back at what the charity has achieved in its lifetime, and our vision for the future.

Originally based in Wimbledon, FRAME moved to Nottingham in 1981 after the FRAME Chairman of the Trustees, Professor Michael Balls, was recruited by the University of Nottingham. Dr Richard Clothier, who was Director of the FRAME Alternatives Laboratory from 1997 to 2006, was a PhD student under Michael at the University of East Anglia, where he worked with human organ culture. FRAME’s move to Nottingham also coincided with the charity becoming active in the push for in vitro alternative assays to replace the LD50 animal tests for toxicity.

As FRAME became established, the FRAME Alternatives Laboratory was opened in the newly-built University of Nottingham Medical School at Queen’s Medical Centre in Nottingham. Richard, who had joined Michael in Nottingham as a research assistant with a grant from the Cancer Research Campaign, secured a lectureship teaching anatomy to medical students. The FRAME Alternatives Laboratory has since trained many scientists as part of its PhD programme of research, supervised in collaboration with post-doctoral graduates. It has accommodated medical students undertaking research into alternatives as part of their third-year medical degrees and was fully refurbished with FRAME’s funding to continue the cutting edge tissue culture work and the development of validated in vitro alternatives to all experiments.

In the early 1980s, FRAME’s scientists were using the BCL-D1 human cell line, since the aim of toxicity testing was to predict toxicity in humans, but when this was no longer available, FRAME had to switch to using the 3T3 cell line – mouse cells, which were being used internationally by other researchers.

It was at this point that FRAME realised the need for validated in vitro assays – which are, essentially, an agreed protocol for the methods. The charity established that for an assay to be validated, it must be reliable, with a robust and defined protocol; reproducible, with a set of positive standards to ensure the assay could then be replicated in other laboratories and, finally, relevant for the toxicity predicted.

ATLA (Alternatives to Laboratory Animals), an international peer-reviewed science journal published by FRAME, went a step further and set rules on the statistical analysis of the data required before a paper could be accepted for publishing.

FRAME was one of three organisations which, in 1983, advised the UK government on the Animals (Scientific Procedures) Act 1986, that provided a rigorous and world-leading statutory framework for control and oversight of animal procedures.

In 1984, the charity was also awarded the first government grant to research replacement methods, which helped to kick-off its pioneering laboratory research.

In 1986, FRAME collaborated with three other tissue culture laboratories to develop an in vitro method for assessing the relative acute toxicities of chemicals. Cytotoxicity was measured using a dye-binding method to determine inhibition of the proliferation of BCL-D1 cells 72 hours after addition of the test chemical. A blind trial with 50 chemicals showed that the test procedure gave results with a high degree of interlaboratory reproducibility, and an acceptable correlation with in vivo animal LD50 data.

The success of FRAME’s project caught the attention of cosmetics giant, Avon, and a long relationship between FRAME and Avon was formed. In turn, this sparked interest from Boots and both companies had their chemicals tested by FRAME, who provided them with validated assays that gave them the confidence to go from the in vitro assay to directly testing on their human panels, eliminating the use of in vivo animal testing. The move to validated in vitro assays by the cosmetics industry has been highly successful and FRAME has collaborated with many well-known cosmetics and household product companies, including L’Oréal, Gillette and M&S.

FRAME was responsible for more pioneering work in 1987, publishing ‘The FRAME approach to the development, validation and evaluation of in vitro alternative methods,’ which identified a need to implement a centralised database of validated assays. This led to the creation of the INVITTOX database – a collection of protocols for in vitro methods in toxicology – which is now part of ECVAM’s (European Centre for the Validation of Alternative Methods) Scientific Information Service.

At this point, FRAME had developed a worldwide reputation and was involved in numerous international validation studies. The FRAME Alternatives Laboratory, through its development and validation of tissue culture methods, assisted the introduction of Good Laboratory Practice (GLP) – a set of principles intended to assure the quality and integrity of non-clinical laboratory studies, into in vitro methodology.

At the same time, FRAME started working on 3D models, and worked with a group at Kings College, London on using human skin cells, to develop human skin models using skin cells. In collaboration with Kings College, FRAME researchers produced a paper which showed that the skin model responded to a parasite in the same way as normal human skin, proving that it was a valid model. Later, a corneal epithelial model was combined with a nerve cell line, showing that an innervated 3D model of the human corneal epithelium could be produced. This used the human corneal line developed and owned by Gillette.

The charity has also worked hard to influence the EU’s approach to animal testing – in 2000, EU regulators accepted FRAME’s first three replacement alternatives to animal testing, and in 2010, FRAME took part in the European Commission Consultation on Alternative Methods of Cosmetic Testing.

In 2013, FRAME published a review of dog use in drugs testing in ATLA, revealing that the use of dogs as second species does not add any additional useful human relevant information. These results have important implications for the value of the dog in predicting human toxicity, and served to suggest that alternative methods are urgently required to predict tissue specific human toxic effects. FRAME was also involved in the EU AcuteTox project – a collaboration between a number of international laboratories that looked at assays for predicting human liver, kidney and neural toxicity.

FRAME’s focus for the future 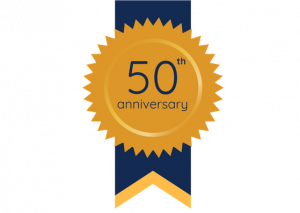 When Richard Clothier retired as Director of the FRAME Alternatives Laboratory in 2006, he was succeeded by Dr Andrew Bennett, who turned FRAME’s attention away from toxicity studies, and towards modelling human disease using human tissues in the lab. Much of the recent focus has been on creating models of the human liver and associated diseases.

Richard predicts that the focus of FRAME’s research will shift and advance even further over the next few years, as the science of 3D in vitro models, particularly of the liver, is rapidly developing.

“Future testing will look at dose prediction and how repeat exposure to chemicals affects toxicity levels, and neurotoxins will become a focus as brain cell models begin to be developed and the amount of people taking and abusing pharmaceutical medicines increases.

“Genetic profiling will lead to a greater understanding of how individual patients are likely to respond to certain drugs, and so stratified or personalised medicine will become a huge area of interest.”

He added: “FRAME strongly believes that we will get to a time when scientists see alternative models and methods as robust and reliable, and will question why animals are needed to predict human toxicity and adverse effects at all.”