FRAME is delighted to announce the five winners of its 2021 Summer Studentship Programme.

These projects provide an opportunity for students to gain additional experience in planning, conducting and communicating research. The grant programme also helps to raise the profile of non-animal research approaches in biomedical research with awardees who will become future researchers, academics, and decision makers.

2021 saw an increase in the number of applications and diversity of project ideas. The panel assessing the applications were impressed and inspired by the quality of the entries. As a result, FRAME is delighted to share that five summer studentship grants have been awarded to students from universities across the country. Here we introduce our successful 2021 grant awardees and their project plans. 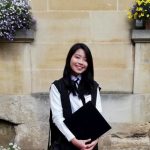 Jia Jhing Sia from Malaysia has just completed the penultimate year of her BA in Biomedical Sciences at the University of Oxford. She is carrying out her summer project at the Laboratory for Cerebral Ischaemia based at the John Radcliffe Hospital in Oxford under the supervision of Research Fellow, Dr Paul Holloway. Her project: ‘Delineating pericyte contribution to hereditary cerebral small vessel disease using organ on chip technologies’ aims to use in vitro, organ-on-a-chip culture systems to investigate the role of a type of cell called a ‘pericyte’ in diseases that affect the blood vessels in the brain, causing strokes and dementia.

Jia Jhing explains: “Neurological disease modelling is unfortunately an area that is still largely dominated by animal research and testing owing to the limitations of investigating human brains in patients, and the complexity of modelling the human central nervous system (CNS) in the lab. The urgent need to develop new, non-animal CNS models is highlighted by contradictory findings in animal models of neurological diseases. This is in the main due to the significant variation shown between different species and is reflected in the low success rate seen in clinical trials for drugs treating the nervous system. There is an urgent need for more human relevant models of the CNS to help investigate disease and predict the efficacy and safety of potential new drugs to treat the brain and nervous system.” 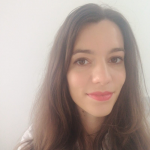 Lisa van den Driest is currently studying for a BSc (Hons) in Pharmacology and Microbiology at the University of Strathclyde in Glasgow. She has a strong interest in bioinformatics and is hoping to gain extra experience through her Summer Studentship, under the supervision of Dr Zahra Rattray and Dr Nicholas Rattray at the Strathclyde Institute of Pharmacy and Biomedical Sciences, that will help her progress to pursuing a PhD in the future.

Bioinformatics is a mix of biology, computer science, information engineering, mathematics, and statistics, and uses software and other tools to help store, analyse and understand complex biological data.

In her project: ‘Development of a gene expression bioinformatics pipeline to identify driver mutations of colorectal cancer,’ Lisa hopes to understand the key mutations driving colon cancer and any links they have to disease prognosis using existing clinical data from online freely available databases. The ultimate aim of which is to identify mutations occurring in patients with colorectal cancer and establish how they contribute to patient outcomes. This information may help inform understanding of colon cancer diagnosis, treatment, and prognosis.

Lisa explains: “In recent years, with significant advancements in gene sequencing technologies and the increasing numbers of biobanks from patient tumour biopsies, there has been a significant rise in the amount of clinical information available within the public domain. These datasets provide a significant wealth of information for researchers to examine patterns of gene expression and their role in disease. A key advantage of using these datasets is replacing the need for animal testing and refining their use in studying patterns of disease. If we can use information contained in patient samples, this will reduce the need for exploratory studies in animals which may ultimately prove to not translate to humans.”

Software to help assess the effect of drugs on brain tumours 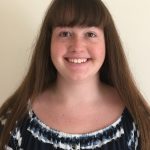 Sally Prior is studying for a BSc in Medical Biochemistry at the University of Huddersfield and hopes to one day study for a PhD in cancer biology. She is completing her summer project on the ‘Validation of a Novel Software Plugin for Analysis of 3D Models of Paediatric Glioma Cell Migration’ under the supervision of senior lecturer and Glioma Research Group leader Dr Anke Brüning-Richardson.

Sally explains: “Gliomas are a group of highly invasive cancers which originate in the brain or spine and are now the biggest cancer killers in children. Due to their invasive nature and re-growth after initial treatment ultimately leading to the death of patients, our research into gliomas centres on studying the effect drugs have on cell properties such as migration or invasion. This is to prevent recurrence of such cancers and promote patient survival. Currently, rodents are used to study the effect of cancer drugs in vivo, including within glioma research. Our laboratory has been developing a 3D invasion model to allow the reduction and hopefully replacement of such in vivo models. A software capable of analysing 3D generated effects of anti-migratory drugs has been developed alongside the 3D invasion model to allow the generation of clinically relevant data.”

A review of computer models in neuroscience research 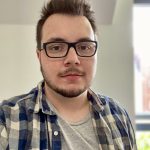 William Hunt is studying for a BSc in Neuroscience with a professional training year at Cardiff University. Will’s project: ‘Using Computer Models as a Method of Replacing the Use of Animals in Neuroscience Research’ incorporates a review into computer modelling, artificial intelligence (AI) and machine learning, with a discussion around the application of these tools in specific areas of neuroscience research.

This project is again focusing on neuroscience – an area of biomedical research where we know some human conditions are not naturally occurring in animals, and therefore promising research findings are often not translating into progress in understanding of human diseases or progression in treatments. The continued popularity of animal-based research in some of these areas raises both ethical and scientific concerns. Will agrees, and says it inspired him to develop the idea for his summer project: “Since starting my placement year, I have gained a better appreciation for the vast use of animals in scientific research, especially within behavioural neuroscience. This has motivated me to explore and investigate the methods being developed in attempt to replace animal models. In particular, I came across in silico human-based computer models in research that are reported to produce results consistent with, or better than animal models.” 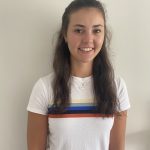 Our final winning student to introduce is Emma Turnbull. Emma has just completed the final year of her BSc Biomedical Sciences degree at Newcastle University. She is undertaking her summer project to create a novel (new) 3D lung model that can be used to study lung inflammation during infection before starting a MRes in Immunobiology this October. Her project titled: ‘Towards replacement of animals in lung inflammation research: developing novel 3D model of human lung inflammation in vitro’ is being supervised by Wellcome Trust Fellow Dr Polina Yarova, and co-supervised by Dr Kate Musgrave and Professor John Simpson, all based in the Translational and Clinical Research Facility at the Newcastle Faculty of Medical Sciences.

Emma says: “Lung infection and inflammation is one of the leading causes of death worldwide. Critically ill patients are especially prone to developing pneumonia, which often leads to lung failure, with no treatment currently available to rectify this. Multiple animal models have been used to mimic pneumonia, but animals are not humans, and results obtained using animals poorly translate into patients and raise ethical concerns. In response to this, several in vitro models of human lung were proposed. However, most of those models recapitulate some, but not all features of the human lung, forcing researchers to use animals to answer more complex questions, where interaction of multiple cell types is required.”

For further information about each of the projects, visit our Summer Studentship Programme page.

We’d like to congratulate all our Summer Studentship winners this year and thank everyone who took the time to apply. We can’t wait to see the outcomes of these exciting, innovative projects that aim to progress the development of alternatives to the use of animals in scientific and medical experiments.

Look out for updates on our 2022 programme on the FRAME website and social media channels.