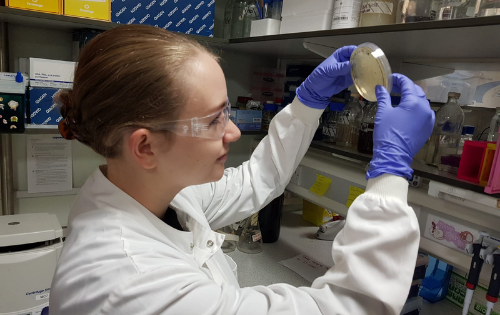 Clair graduated with a degree in biochemistry from the University of Nottingham, in 2015. She is now in the final year of a Biotechnology and 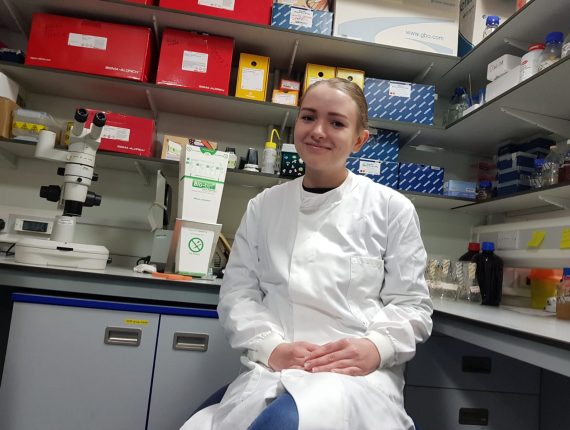 Clair’s project at FRAME will involve liaising with researchers in the FRAME alternatives laboratory to learn more about the science they are doing and translating this into a form that is more accessible to the general public, which will feature on the FRAME web page.

Clair said: “I chose FRAME because I wanted a placement that wasn’t lab based but would still allow me to use my science background. One of my main passions has always been animals and animal welfare in scientific research, so working for a medical research charity is perfect.

“I first became aware of FRAME when they came to speak about the importance of the 3Rs at a symposium for my PhD cohort, almost three years ago, and I have followed their work since. So, when it was time to go on my placement I knew FRAME could offer something I was interested in.”

Clair added: “There’s an ever-increasing focus on engaging the public with scientific research, so in my placement I hope to improve my ability to write in a way that is accessible to everyone. I also hope to learn more about how the 3Rs are being implemented and encouraged, as well as see “behind the scenes” of working for a charity.”

Clair’s ambition, in line with FRAME’s, is to see a world where animals in science are no longer needed.

She said: “The work of charities such as FRAME is vital in spreading the message of the 3Rs, educating future scientists and funding research into alternative methods. I am therefore delighted to have the opportunity to join them for three months, as part of a professional internship scheme integrated into my PhD programme.

“I am enjoying learning more about the use of animals in science and I recently accompanied FRAME’s Scientific Liaison Officer Amy Beale to the NC3Rs symposium in Birmingham, which highlighted the exciting work being done to implement the 3Rs. It was striking to me how such small refinements of methods, such as group housing and enrichment, can vastly improve quality of life for the animals involved. However, it is clear that there is still a lot of room for improvement, and charities like FRAME will play a key role in this.”

To find out more about how FRAME supports the research and training of scientists, visit our Training School page.