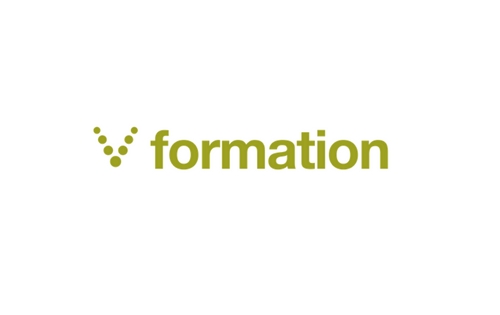 FRAME, a medical research charity committed to reducing the number of animals used in scientific testing, has appointed a marketing and PR consultancy as part of a major relaunch.

East Midlands-based V Formation, a team of highly skilled marketing and PR consultants, with a special interest in life sciences, has helped the charity rebrand to keep pace with changing technologies and to ensure its work into scientifically-viable, alternative non-animal methods can continue.

In recent years FRAME has restructured and streamlined its support team, and as part of this process was originally looking to recruit an in-house communications officer.

However, following a recommendation from an existing V Formation client, FRAME decided to appoint the Nottingham agency to save on the time and costs associated with the recruitment and management of a new employee.

The charity was also impressed by the fact V Formation could provide a whole team, across marketing, PR and general communications support.

The Fund for the Replacement of Animals in Medical Experiments (FRAME) was founded in London in 1969 by Dorothy Hegarty. Its main aim has always been to promote the Three Rs (Replacement, Reduction & Refinement) as a way forward for reducing animal experimentation.

This approach focuses on minimising the number of animals used in biomedical research, by replacing experimentation using animals with scientifically proven alternatives that do not, and by refining existing practices to minimise the impact of particular procedures and practises on animals, where they still have to be used.

FRAME’s ultimate aim is the elimination of the need to use laboratory animals in any kind of medical or scientific procedures.

As part of its investment in marketing, FRAME has also appointed a Scientific Liaison Officer, Amy Beale, who is working closely with V Formation to raise the charity’s profile.

While the charity has gone through an extensive facelift and is sporting a new image, its vision and values are unchanged. Through its own laboratory and desk-based research, FRAME is continually investigating and developing new methods at the forefront of science, and demonstrating and promoting scientific excellence to develop new and alternative methods that are scientifically robust and reliable.

Dr Anna Cadogan, chair of trustees at FRAME, said: “FRAME has been dedicated to developing relevant and reliable alternatives to animal testing in medical experiments for almost 50 years. Yet we have always had the same branding and we have never shouted loudly enough about what we do.

“We appointed V Formation to handle our marketing and PR after one of their existing clients explained how using an external agency would save us the hassle of recruiting and managing a new employee.

“So we met with the V team, were impressed with their marketing and PR experience, plus their life sciences expertise, and decided they were an ideal fit. It is hugely helpful that V Formation can provide a whole team to support us across marketing, PR and general communications support.

“By investing in marketing and PR, as well as appointing a Scientific Liaison Officer, we are ensuring we communicate a clear and consistent message which will help us keep close to our corporate supporters, as well as engaging with others interested in reducing the number of animals used in scientific and medical testing.”

Sue Carr, a director at V Formation, said: “We are thrilled to be working with FRAME to help it achieve its goals.

“Since being appointed we have managed the brand refresh, which has included a new website, marketing essentials and a clear communications campaign.

“We have also implemented a CRM system to help ensure FRAME’s marketing activities are more targeted and that they are compliant with the forthcoming GDPR data protection changes.

“We also helped with the recruitment of Amy Beale, FRAME’s Scientific Liaison Officer, and we continue to work alongside her to support the work she is doing in developing relationships with corporate supporters and generating vital funds to allow FRAME to continue its work.

“We totally support FRAME’s objective of eliminating the need to use laboratory animals and we will help FRAME achieve this through various marketing and PR initiatives so that FRAME can one day become a household name.

“By doing this we will be helping the charity reach out to far more supporters both in the general public and in the pharmaceutical industry.”

FRAME undertook the relaunch to build on its achievements over the past five decades.

Notable events have occurred throughout its history and include:

Find out more about the recent relaunch here. 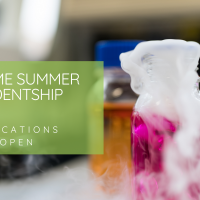